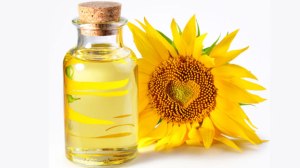 Anytime you cook a food you run the risk of creating heat-induced damage. Well, suppose there was a type of oil that is stable enough to resist heat-induced damage and so beneficial that it helps you lose weight, promotes heart health and helps to maintain normal cholesterol levels. Would you choose to use this oil?If you said yes then you will want to get some coconut oil. Naturally, when choosing an oil to cook with you want an oil that will not be damaged by high cooking temperatures. Of all the available oils, in my opinion, coconut oil is the oil of choice for cooking because it is nearly a completely saturated fat, which means it is much less susceptible to damage when it is heated.

Although mainstream media portrays olive oil as the healthiest oil, this title does not extend to cooking. Olive oil is primarily a monounsaturated fat. This means that it has one double bond in its fatty acid structure. Although a monounsaturated fat is inherently more stable than a polyunsaturated fat, the overabundance of oleic acid in olive oil creates an imbalance on the cellular level, which has been associated to an increased risk of breast cancer and heart disease. Olive oil is a smart fat to include in your diet in a non-heated form, however.

In my opinion, polyunsaturated oils, which include vegetable oils like corn, soy, safflower and canola, are the worst oils to cook with because of the trans-fatty acids introduced during the hydrogenation process, which results in increased dangers of chronic diseases such as breast cancer and heart disease.

As you can see in the chart below, coconut oil contains the most saturated fat of all edible oils. Don’t be scared away by the negative view of ‘saturated fat’ portrayed by the media. Many studies have shown that a low-fat diet is not the answer for preventing heart disease, and some scientists are calling for new dietary guidelines that reflect this discovery.

So anytime you need an oil to cook with, coconut oil can automatically be used in place of butter, margarine, olive oil or any other type of oil in all types of recipes. However, coconut oil can vary widely in terms of the types of coconuts used, the manufacturing processes used to make the oil, and more, and all of these factors play a major role in the effectiveness of the oil.Most commercial coconut oils are refined, bleached and deodorized (RBD) and contain chemicals used in processing. The best coconut oil to use is extra virgin coconut oil.

We are a young company focused on individual and environmental health. As the Australian and New Zealand distributors for the incredible Ecojarz products we aim to provide you with sustainable and environmentally friendly plastic alternatives.